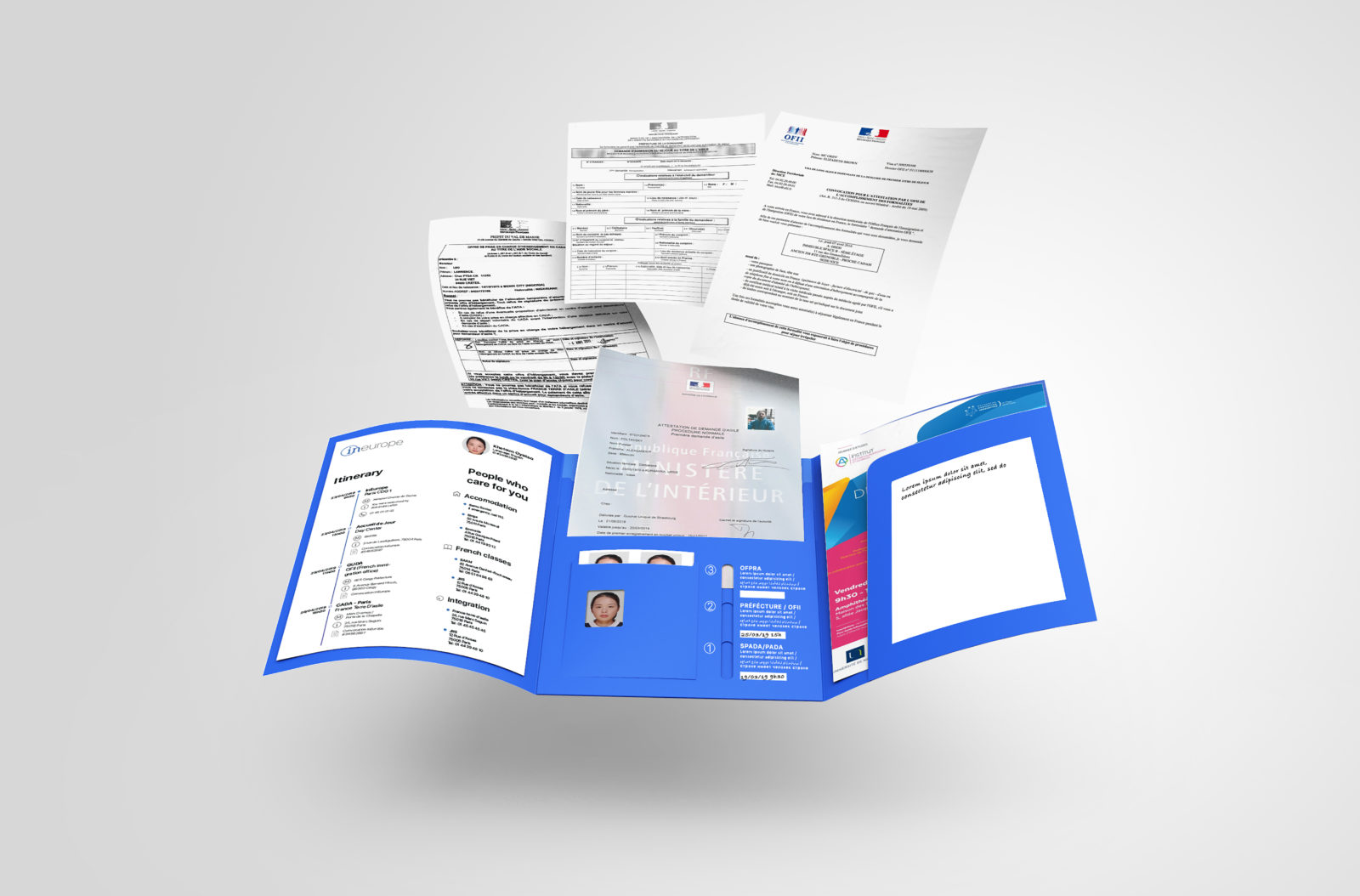 The increase in migration has resulted in less European cooperation and stronger border control arrangements. As we pursue a security policy to overcome our fears, we are locking ourselves into « Fortress Europe ». It is not a question of solving the « migration » crisis but the crisis of our borders and solidarity. Rather than « welcoming » asylum seekers through deterrence and misinformation, let us offer them support that is in line with international conventions.

Set up by the European Union, and adapted by national governments, InEurope is a reception, support and orientation system for asylum seekers at European borders. Deployed at legal entrances to European territory (airports, train stations, harbors, etc.), this site is intended to anticipate successful integration while being part of a European policy based on solidarity.

This project is a reflection and a manifesto on a policy of solidarity borders.